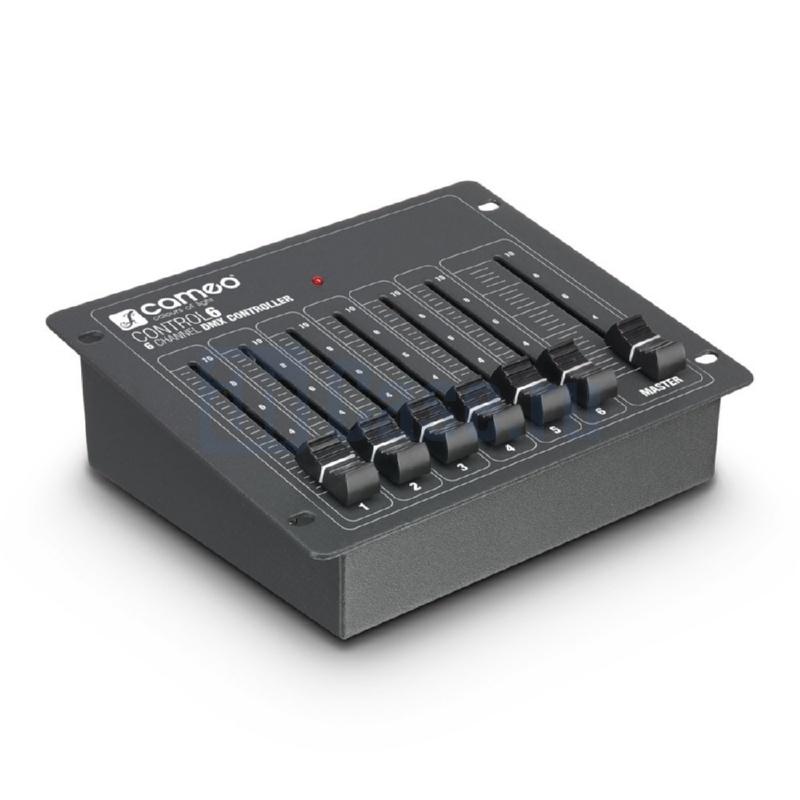 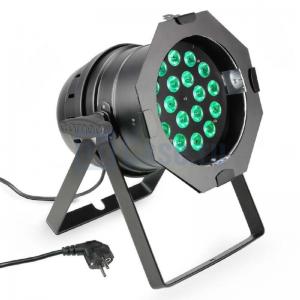 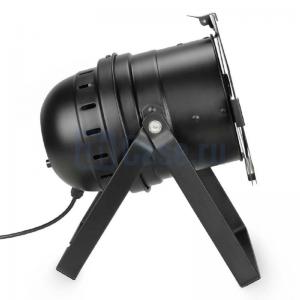 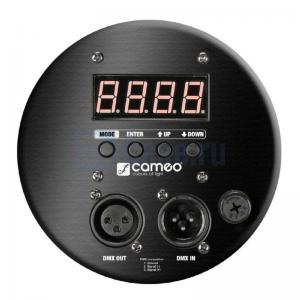 An extremely powerful LED-PAR in a black housing. The Cameo CLP64Q8WBS has a total of 18 quad LEDs (RGBW) and thus guarantees perfect mixing of solid and pastel colours – including white. With a power consumption of just 180 watts, the 8-watt Quad LEDs produce an impressive level of brightness with a beam angle of 25 degrees.

It is quick and easy to operate using four buttons and an LED display on the back.

The CLP64Q8WBS is equipped with a super-quiet fan for cooling. The dual bracket permits simple use as a floor PAR.

There are three operating modes. In addition to DMX operation with 2, 3, 4 or 7 channels, this LED PAR can also be operated in standalone mode or via sound control. It features an integrated microphone.